BEDFORD, MA -- The East Coast Wizards won both of their games at the January Showcase, and extended their perfect mark up to 6-0-0 in the month of January. With the flawless stretch so far in 2019, the Wizards are hot on the heels of the Seahawks Hockey Club for 1st place in the South Division of the New England Conference.

"We've definitely been playing well since the holiday break," said Wizards head coach and general manager Freddy Meyer. "However, we haven't accomplished any of our goals yet, and need to keep our momentum rolling."

As Meyer mentioned, the team still has their sights set on making some noise in the EHL Playoffs. Looking ahead, the Wizards get another short break, as they return to the ice next on the 24th. The remaining schedule includes 13 more games, ten of which come against opponents within the Wizards' conference.

Each game gives the Wizards a chance to improve on their playoff position, as well as develop more chemistry on their way into the postseason. A first round bye is the main focus right now, and that very likely will come down to the team's matchup with the Seahawks in the final game of the regular season on March 2nd. 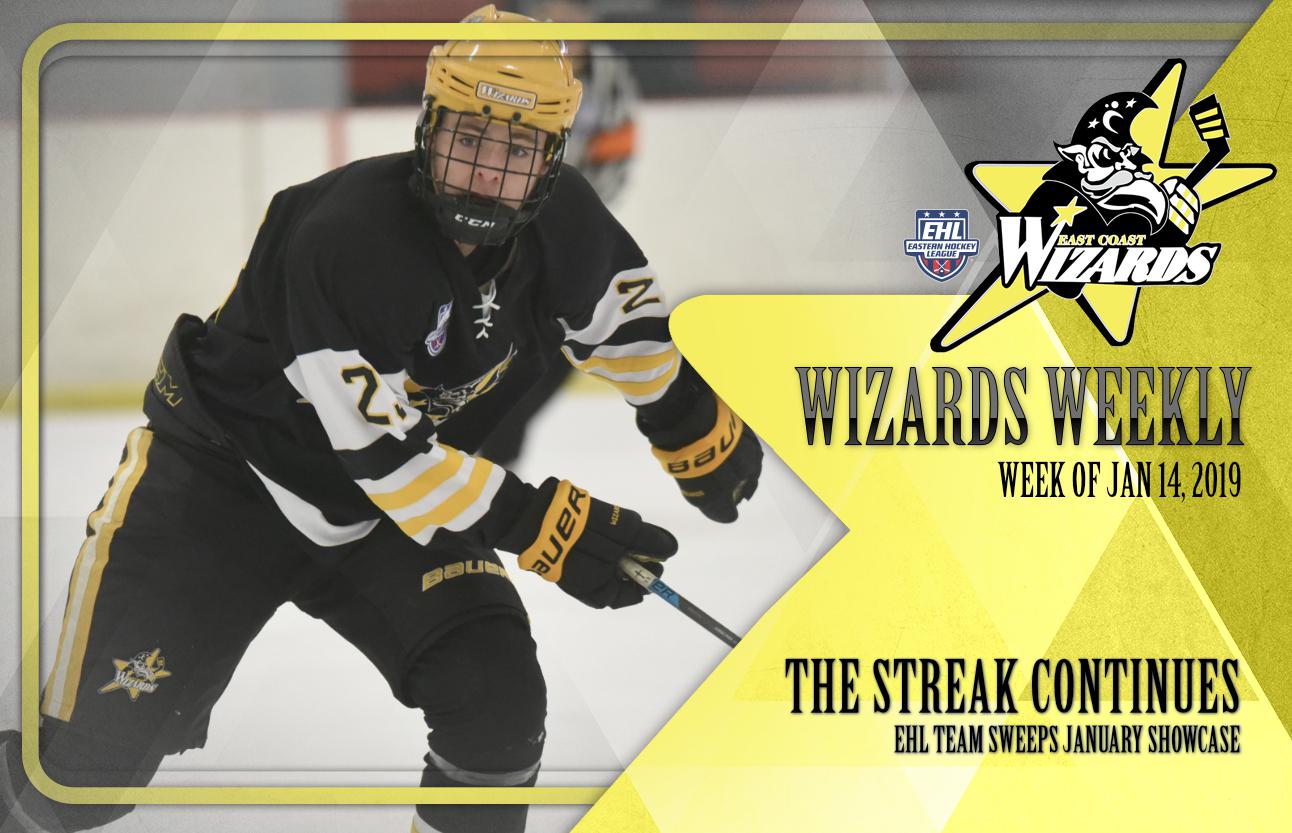