BEDFORD, MA -- The East Coast Wizards won both of their games this past week, picking up victories over the Connecticut Chiefs and the Seahawks Hockey Club. With the pair of wins, the Wizards increased their lead, as they continue to sit in 1st place in their division. The Eastern Hockey League (EHL) standings have a slightly altered look this season, due to the removal of the Lehigh Valley Junior Rebels back in November. With the unbalanced number of the games, the order of the standings is being determined by a points percentage (points earned divided by the total number of possible points). With that being said, at 27-12-1 the Wizards would have a First Round bye if the EHL Playoffs began today.

"We are playing well right now, but we can't get complacent," said Wizards head coach and general manager Freddy Meyer. "The boys know exactly where things stand, and it's nice to control our own destiny here down the stretch."

As Meyer mentioned, the Wizards control their own destiny, as the more games they win, the more likely they will get the First Round bye that they are looking for. It's not going to be an easy task however, starting this week with matchups against the Walpole Express and Connecticut RoughRiders.

Both the RoughRiders and the Seahawks are currently chasing the Wizards in the division, so there is a chance that a with pair of victories this week, plus a little extra help, they team may lock things up in the next few days. But if it comes down to the last week of the season, the Wizards will draw the Boston Junior Rangers on Friday, March 1st, and then host the Seahawks for one final matchup on Saturday, March 2nd.

"All four of our remaining games will be tough," added Meyer. "We've all seen how difficult it is to win in this league, and like I said before, we need to keep our foot on the gas. Simply put, we need to be ready to play from here on out."

If you can't make it to a game, you can catch the action live on HockeyTV. Also, be sure to follow the Wizards on Twitter, for updates throughout the final two weeks of the regular season. 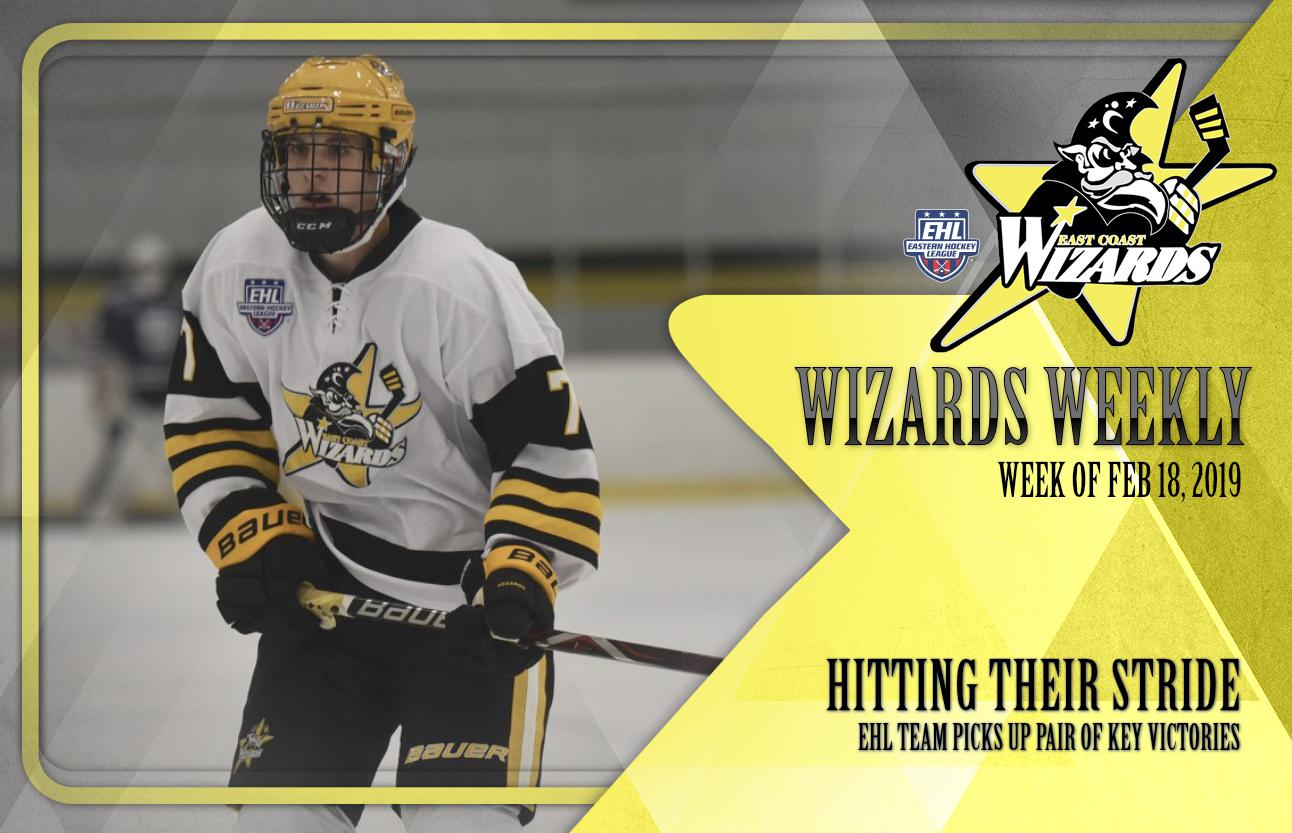