BEDFORD, MA -- The East Coast Wizards won both of their games this past week, and clinched their first division title in franchise history. The Eastern Hockey League (EHL) splits its 18 teams up between two separate conferences, and within each conference there are two divisions. This season marks the first time that the Wizards have ever taken home their division crowned, and they've earned themselves a First Round bye in the upcoming EHL Playoffs.

"We are definitely proud of this accomplishment," said Wizards head coach and general manager Freddy Meyer. "Of course we know that this is not the end goal by any means, but I am proud of how far this program has come over the years. This season is our 5th year of operating a junior hockey franchise, and without a doubt, this is the best TEAM that we've ever had. Looking back on previous years, we've probably had some better individual players, but overall as a TEAM, this is top group."

As Meyer mentioned, this past season the Wizards saw a pair of their players take home some of the top awards in the league. Devin Panzeca was named the league's Most Valuable Player, and Dylan Schuett took home the Rookie of the Year award. Even still, Meyer believes this is the best group he's had, from top to bottom.

It's also worth noting that this year's Wizards squad is one of the youngest teams in the EHL, with an average age of just over 19 years old. When you cut the league down to just the playoff teams, the Wizards indeed are the youngest group in the postseason.

"I think you can look at it from whatever perspective you want to," said Meyer. "You can say it's good or bad, but Kory [Falite] and I are just proud of our guys. They've battled all season long, and they've earned everything that has come their way. Now it's time to see what we can do when the pressure is at its greatest."

Be sure to keep an eye on the EHL website (EasternHockeyLeague.org), as the EHL Playoffs begin.

Also, remember that you can catch all the #Eshow action live on HockeyTV, and be sure to keep up on all things Wizards at ecwjrhockey.com or by searching #BringTheMagic on Facebook, Twitter, and Instagram. 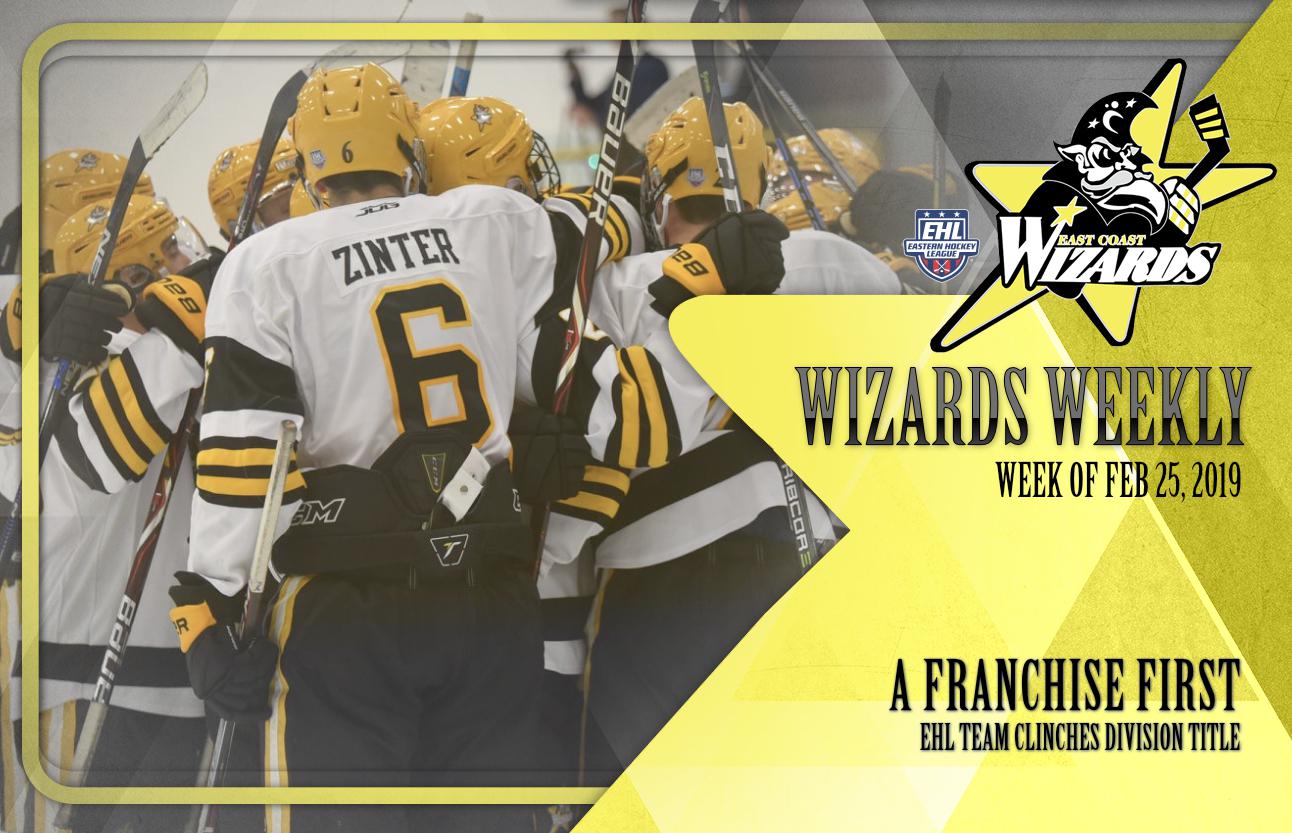